An optimistic forecast for the price of bitcoin estimates that, if governments allow it, its price could rise to $500,000 or $1 million dollars. This is one of the theories put forward by Carlos Maslatón, the treasurer of the Xapo platform.

In April, from the Bitcoinday event which took place in Buenos Aires, Maslatón said that the next event is an upward departure.

“What I interpret is that this moment of weakness in bitcoin, which from December until now has fallen from USD 19,600 to USD 6,000, my reading of this graph is that this is what is called a correction in market terms.”

The treasurer’s explanation makes sense if you take into account that if the downturn has a corrective structure, the next event is an upward exit, because the market comes from below. The market started near $157 dollars, in January 2015, and then in December 17, 2017, it reached USD 19,600. And this phenomenon will continue to repeat itself.

However, despite his optimism, Maslatón warned about the threat from government measures with the potential to disrupt bitcoin’s bullish momentum and insisted, however, on the need for clear legal frameworks.

Xapo and its future projection

Xapo has been announcing that it is actively seeking a regulatory framework “with the highest anti-money laundering standards in the world”. In fact, the treasurer assured that in the near future, “those who are in the informal sector will not be able to continue operating”.

Given the tensions surrounding the issue, the company emphasizes that it is important to support compatibility with the traditional system and not direct attack and aggression.

At the moment of writing, Bitcoin price is now $7590 according to CoinMarketCap. 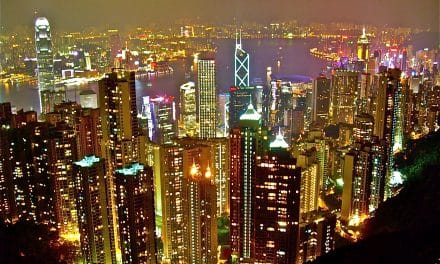