In this blog post, we’ll tell you all that you need to know about Bitcoin Cash, how it works, and the reasons that led to its creation. Once you understand the basic, we will explain the recent developments in BCH and how it differs from Bitcoin.

At the moment, Bitcoin Cash is one of the largest virtual currencies in the market. Despite the conflicts that affected this cryptocurrency, it remains among the top ten in terms of market valuation.

What is Bitcoin Cash?

Bitcoin Cash is a hard fork of the original Bitcoin network that took place at the beginning of August, 2017. The Bitcoin community was debating about the scalability issues that could arise in Bitcoin, and that were affecting the network. Specifically, Bitcoin Cash proposed to extend the 1-megabyte block size of Bitcoin to 8-megabytes.

The main intention of the 1 MB block size limit to Bitcoin has been decided so as to prevent spam attacks on the network, when Bitcoin was not so used and known. In 2015, the first problems started to appear in the network, sending bitcoins was more expensive and transaction times have been longer.

With these improvements, Bitcoin Cash aims to increase the number of transactions processed without congesting the network. The main purpose is to be able to compete with PayPal and Visa, which can handle many more transactions than Bitcoin.

Bitcoin Cash coins and smartphone with a wallet application opened. A passport lies on a wooden table displaying the name Satoshi Nakamoto and reading Bitcoin: A Peer to Peer Electronic Cash System.

BCH is built on the Bitcoin model with the following features.

The average block size on Bitcoin’s blockchain was less than 100 KB back in 2010. The average transaction fee around the same time amounted to a couple of cents. The cheap transactions on the Bitcoin blockchain made it vulnerable to attacks that could potentially cripple the system. The size of a block on the blockchain was limited to 1 Mb, which adds another layer of security. With this size, it took 10 minutes to process a transaction and generate a new block.

But these safeguards proved to be a hindrance after Bitcoin became mainstream gained enough traction. The number of Bitcoin transactions surged, causing a buildup of unconfirmed transactions.

This also increased the time and fee to confirm a transaction, making it slow when compared to the credit card transactions that Bitcoin wants to replace. Visa, for instance, processes 150 million transactions per day while the company’s capability surpasses 24,000 transactions every second.

This problem led to a rift in the Bitcoin community and divided the community into two different camps with conflicting views.

Proponents of the big block:

This group was led by the crypto giant Bitmain and Roger Ver, who is an early Bitcoin investor and was involved with several startups when Bitcoin was gaining initial adoption.

This group feared that the long confirmation times and high fees would prevent people from using Bitcoin for day to day transactions; hence, preventing it from becoming a peer-to-peer payment system as intended by the Bitcoin’s inventor.

The group came up with a simple solution of increasing the block size. Proponents of the big block argued that if the block size is increased to 8 Mb, we will be able to confirm as much as 8 times the number of transactions every second. The increase in the size of blocks will reduce network congestion and significantly improve the efficiency of the system.

Proponents of the small block:

The supporters of this group, which consisted primarily of developers from the Blockstream company, wanted to maintain the 1 Mb block size and work on off-chain settlement layers.

Arriving at a Solution

The first proposal drew sharp reactions from the bitcoin community. Experts believed that it would hurt Bitcoin’s decentralization and functionality in the long run. They argued that an 8 Mb block takes more time to travel through the network than a 1 Mb block. Also, all the transactions inside a block need to be verified once the block reaches a computer on the network.

Since the blocks are too big, the computers might not finish verifying the entire block before a new block arrives within 10 minutes. This will result in network lag and create disputes. Additionally, the oversized transactions will also reduce the number of computers that can store the Blockchain, which will diminish the network’s decentralization.

The second proposal also drew criticism. Mining giant Bitmain didn’t support Segwit implementation in blocks as it would affect sales for its AsicBoost miner. Segwit makes Bitcoin mining with the machine more expensive because it makes reordering of the transactions difficult.

Amidst the war of words within the cryptocurrency community, BCH was launched in July 2017. Bitcoin Cash debuted on digital currency exchanges for $900. Users who held Bitcoins received an equivalent amount of BCH, thus increasing the number of coins in existence.

There are some advantages of the Bitcoin Cash network. For example, miners would have more benefits because more transactions would be included in each block. However, the rewards would be highly dependent on the price of the BCH digital asset.

With the bigger blocks, worldwide adoption could be a real possibility. Without the possibility to scale, fees and transactions times would kill the Bitcoin network. If there are higher fees, less people will be able to use Bitcoin as a means of payment. Only important and wealthy enterprises would be able to use it.

In addition to it, Bitcoin Cash supporters say that BCH is what Satoshi Nakamoto thought for Bitcoin and tried to create. Bitcoin is not working as expected, and Bitcoin Cash could solve it. Over the last years, BCH has proven to be an alternative to Bitcoin. It allows users to send and receive funds using a fast and secure blockchain network.

The Bitcoin Cash hard fork caused several critics and discussions in the cryptocurrency community. One of the arguments was related to mining activities. With less transaction fees, miners were going to lose the incentive keep their activities, decreasing the overall hashrate of the network.

Additionally, the community is now divided. Some of the developers and efforts are focused on Bitcoin Cash, while others in Bitcoin. And both communities are deeply separated by a big ideological barrier. This is not positive for the health of the cryptocurrency world.

In addition to it, the Bitcoin Cash network hard-forked once again in 2019. This created a new network called Bitcoin Satoshi Vision (BSV). If the Bitcoin community was divided, it is now even more divided than before. It is worth pointing out that both BTC supporters attack BCH users and vice-versa.

Another important point is related with the centralization. As the network becomes bigger in size, the processing power to mine is also going to increase. That would reduce the amount of smaller miners, and the network would be controlled by those larger mining companies. This is a process that took place in most of the largest networks in the market being Proof-of-Work (PoW) or Proof-of-Stake (PoS).

Bitcoin is working in a off-chain scaling solution known as Lightning Network, that would allow transactions to be processed almost instantly, and with no fees (or very low fees).

In November 2018, BTC itself split into Bitcoin Cash SV (Satoshi Vision) and Bitcoin Cash ABC. The split occurred due to a disagreement with proposed protocol updates, which increased the average block size and incorporated the use of smart contracts on BTC’s blockchain.

Bitcoin Cash ABC has introduced several changes to the Bitcoin blockchain, including the CTOR, which arranges transactions in a block. It also maintained the maximum block size of 32 Mb, which increased to 128 Mb for Bitcoin Cash SV.

Supporters of Bitcoin Cash SV rejected the use of smart contracts because they believe that the platform was only meant for payment transactions. Paradoxically, the situation prior to the split of BTC was similar to the one before forking BCH from Bitcoin in 2017. But it has been resolved swiftly and happily as more coins have flowed into the cryptocurrency ecosystem since then.

Bitcoin Cash in the Market

Take into consideration that the valuation of cryptocurrencies fluctuates on a daily basis. In December 2020, BCH has a market valuation of $6 billion. This shows that over the last years, BCH has lost a large part of its market share. Nevertheless, it remains as one of the largest digital assets in the world.

How to Buy Bitcoin Cash?

BCH can be bought in many different exchanges in the market, including Binance, Bittrex, Kraken, Cex.io, HitBTC, Bithumb, and many others. Using cryptocurrency exchanges to buy Bitcoin Cash is the best way to get access to this virtual currency. 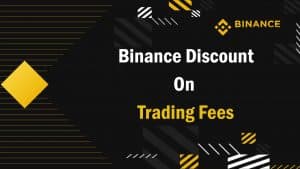 Binance discount on trading fees. Binance is one of the exchanges supporting Bitcoin Cash.

Bitcoin Cash is a hard fork of Bitcoin that increased its block size to offer a solution to the scalability problem. The community is very divided regarding whether to follow or not this relatively new virtual currency. Currently, it remains as one of the largest digital assets in the world. New projects are being released on top of Bitcoin Cash on a regular basis.

What is Bitcoin Cash 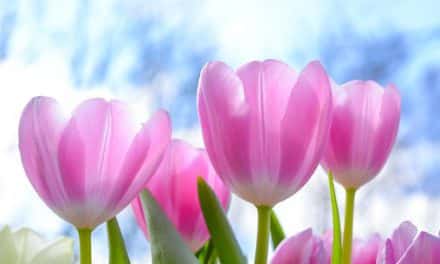 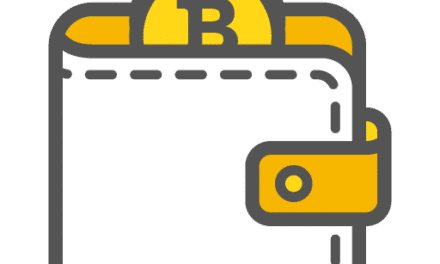