What is Electroneum (ETN)? Beginner’s Guide

Electroneum is a British cryptocurrency which was developed for the mobile gaming and online gambling market. ETN has also earned a mark as being the most user-friendly digital token in the world because it features wallet management and coin mining all in a mobile app. Electroneum is built off the Monero codebase to permit transactions on a decentralized blockchain. The ETN token was launched via an Initial Coin Offering (ICO) on September 14th.

Apparently, Britain has not been a recurring name in the crypto sector. ETH, being the first British cryptocurrency, has put Britain on the map of cryptocurrencies. Cryptocurrency has become an area of interest for numerous tech-oriented individuals and investors. This sudden interest is owing to the fact that the industry is just a decade old. However, this is not the case in the last few years, most especially with the recent Bitcoin bear market. This has had a lasting enticing effect on tech enthusiasts and entrepreneurs, thereby drawing them daily to the crypto sector.

Ever since the introduction of major altcoins, the crypto market never remained the same; it has transformed into one of the most exciting and lucrative enterprises and investment all around the globe. While the most popular cryptocurrency has been experiencing a bear market recently, other alternatives have been developed too. Some still find trading and holding digital tokens cumbersome, maybe that is why it has not fully gotten to mainstream yet.

Not only is Electroneum the first British-development virtual currency, but it has also brought some innovations to the table. The ETN token was built on a very unique blockchain (being its bedrock technology) and it has been designed with essential features to dominate the mobile market if properly managed. 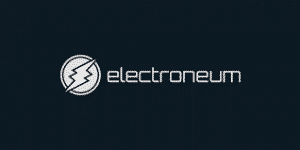 One of the interesting features of ETN is that it is very easy to manage and even mine on a mobile application. This impliedly translates to the existence of a new, easy and secure way of making transactions just from your mobile devices. This can go as far as for mobile games, sending money to friends and also live sports betting. With all these features, it would give the token leverage on other tokens with little or no use cases in the crypto market.

The founder of Electroneum, Richard Ells, who happens to be a reputable tech entrepreneur has shared his opinion about his invention. “I don’t know if you’ve ever tried buying any Bitcoin, but it’s really hard to do! I realized that what the world needs is a cryptocurrency that is genuinely easy to access and use. We’ve developed Electroneum with the ordinary mobile user in mind.”

Aside from the fact that the cryptocurrency sector has proven to be an industry buzzing with numerous investors. More specifically, this token has proving to be an intriguing investment opportunity for investors. In the first half of 2016, the average return on investment of 100 new coins launched was 357%- this has further buttressed the point about crypto volatility. In this light, Electroneum signifies some sort of technological advancement, and it has begun to experience attention even after the ICO which raise a whopping $40 Million.

Another factor that makes Electroneum unique is the fact that it was developed by a single-minded group of tech-savvy British individuals. According to the proposed structure, there is a strong likelihood that it would not be affected by wrangling and volatility, the custom peculiar to other virtual currencies.

Electroneum, after the presentation of an overview white paper of the technology, a remarkable ICO, has seen its ETN token fare quite well in the market. Currently, the virtual token is expected to be listed on a major exchange platform.

Also Read: What is 0x (ZRX)? Beginner’s Guide- Everything You Need To Know

In recent months, there have been some questions borne out of curiosity in the Electroneum community. Many have asked the question of when ETN is finally going to be listed on major exchanges like Binance and Bittrex. Judging from how the coin has fared, one wouldn’t be wrong to predict that the answer is “soon.”

Some years ago, one of the major steps towards boosting the credibility of a token was to get it listed on Binance, as this paints a picture of a decent crypto project. However, this is no longer the case since some shady projects have started finding their way into Binance, especially the popular “pump and dump scheme.”

Judging by almost all measures, we cannot doubt the potential of ETN getting listed on Binance. Though we have all witnessed the massive listing fee, which has effectively made it harder for tokens to get listed on the platform but for a token as this, the listing fee should not be an issue. 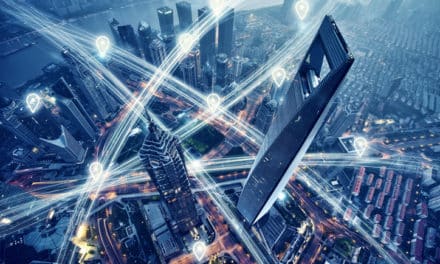