There are, in the world, some countries that could be the best places to implement Bitcoin. But these countries are not the ones that we could imagine. All of them have some special features that could let them use the virtual currency before others.

Once the richest country in South America, this country that seems to be involved in a civil war, could be one of Bitcoin’s paradises. But why is it like that? The country has the biggest inflation in the world that could be around 750% this year. The government has a big presence everywhere and aims to control everything and even what is not regulated yet. Banknotes lost their value in the last years. If Venezuelans want to go to the supermarket for some food (that is scarce), they need to take huge piles of Bolívares (the country’s currency) with them. 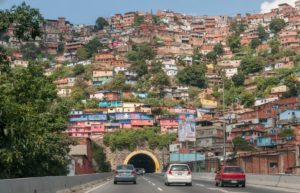 This panorama makes possible Bitcoin to spread here. As you just only need a mobile phone and internet connection to use Bitcoin, lots of people are trying to approach to this currency. Bitcoin is a currency that can store value. Nobody can print Bitcoin and make its value go down. Its limited supply could only increase its value in the future. If Venezuelans can’t rely on a currency that loses its value every single day, then, they can have faith in a currency that could produce big profits in the future.

Bitcoin would allow Venezuelans to trade goods and services freely and store the value of their work, even amid volatility. With Bitcoin, they would not have to go to the supermarket with big amounts of banknotes that would make it difficult the use of them.

At the same time, Venezuela’s government has decided to issue its own cryptocurrency known as Petro. The asset is backed by oil and other natural reserves in the country. Moreover, it has been created in order to avoid international financial sanctions.

It is a country not well known by the people in general, located between the European Union and Russia. Bitcoin and other cryptocurrencies are starting to grow there. As Venezuela, Argentina and Kenya, this European country has had periods of high inflation rates and instability of its currency. These are some of the reasons why they could begin thinking about the adoption of a currency with the absence of a central authority that could print money indiscriminately. 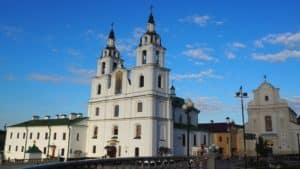 Belarus’ president, Alexander Lukashenko, launched what he called a “market socialism” at the beginning of his first presidency in 1994. In order to implement it, he introduced fixed currency exchange rates and price controls. Bitcoin could be a good way to avoid such regulations and rules.

Belarus has an enormous potential to develop new technologies that would allow Bitcoin and other cryptocurrencies to spread in the country and the region. This is because the IT sector in Belarus is strong and known all over the world.

Since authorities realized that there is a focus for Bitcoin to grow in Ukraine, after the big depreciation of their currency, as well as in Russia; they are directing their efforts to attract investors that could choose Belarus neighbouring countries. The banking sector in Belarus, with the National Bank of Belarus on the lead, are trying to implement Blockchain technology for banking and non-banking processes.

Some private companies are starting to accept Bitcoin and Ethereum as a method of payment. This could lead to a growth in the Bitcoin community in the country. At present, is growing slowly but could start to increase the upward trend.

Belarus is also an important hub for crypto related enterprises. The government has decided to create a very crypto-friendly regulatory framework. The intention is to be in the forefront of cryptocurrency investments and innovation. Belarus has everything what it needs to do it.

This African country is known as one of the pioneers in the world for electronic money use. Almost half of its total population uses M-Pesa, a mobile application employed to send and receive money throughout the country. As the Communications Authority of Kenya (CAK) say, mobile penetration hits 88% of the population, equal to 37.8 million subscribers.

With this advanced technology and way of conceiving money, transactions can be done almost immediately from one city to the other. That makes possible the use of money in every single shop that accepts M-Pesa in different parts of the country, even in small towns. But it does not mean that all Kenyans have a bank account, but instead, they use their mobile phones to make transactions and use their money.

That special situation makes of Kenya a good place to adopt Bitcoin. The government is known for its friendly approach on investments and market economy measures. It can be a good way to capitalize Bitcoin investments in Africa and in the region as well. One big benefit from Bitcoin in Kenya would be the low tax rate that it offers, when we talk about small amounts of money exchanged, and the speed of the transactions that takes almost no time.

Other countries in Africa are also working with cryptocurrencies. For example, South Africa and Nigeria have very active bitcoin and crypto-related communities. In the future, Africa could be home of one of the most active blockchain communities in the world. The most important for the continent is not to lose the trend of the technological developments that are taking place. 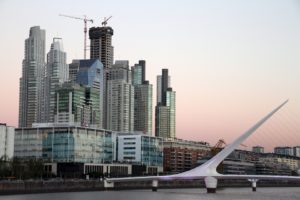 This country is known for its economic instability and for being one of South America’s richest countries. It is part of the G20, and in these recent years, the government is trying to promote a payment revolution. Due to high inflation rates during the last ten years, cash transactions were getting difficult to do, even though the situation was not as difficult as it was in Venezuela. The inflation rate hit 40% in 2016, a 22% is expected for 2017 and around 12% for 2018.

In Argentina there is more than one cell phone per person and lots of people are working without being regular workers. “El Clarin”, a recognized newspaper from Argentina, informed that less than half of Argentinian inhabitants has a bank account and only 25.4% used debit card to make at least one payment during the last year. This particular situation could be a good starting point to think about cryptocurrencies and Bitcoin.

If the cell phone market is big in Argentina, if its Peso is volatile, if lots of people have no access to a bank account and only a few people did a purchase transaction with a debit card, then, Bitcoin could enter in the Argentinian market and start to grow. Something important to remark, is that Argentina has the highest tax rate in the world, according to official documents, but with a lack of good quality services, exclusive in big cities. Bitcoin could bring a fast, anonymous and effective incentive to avoid taxes, evade devaluations and Peso fluctuations.

In March 2018, Argentina held the G-20 Finance Minister summit. There, some regulations were discussed for cryptocurrencies, but nothing that could really affect the market. 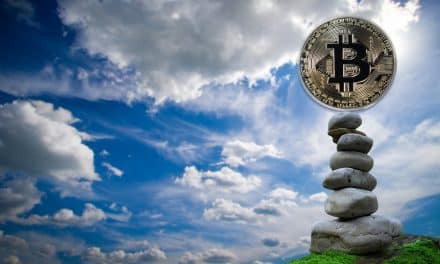