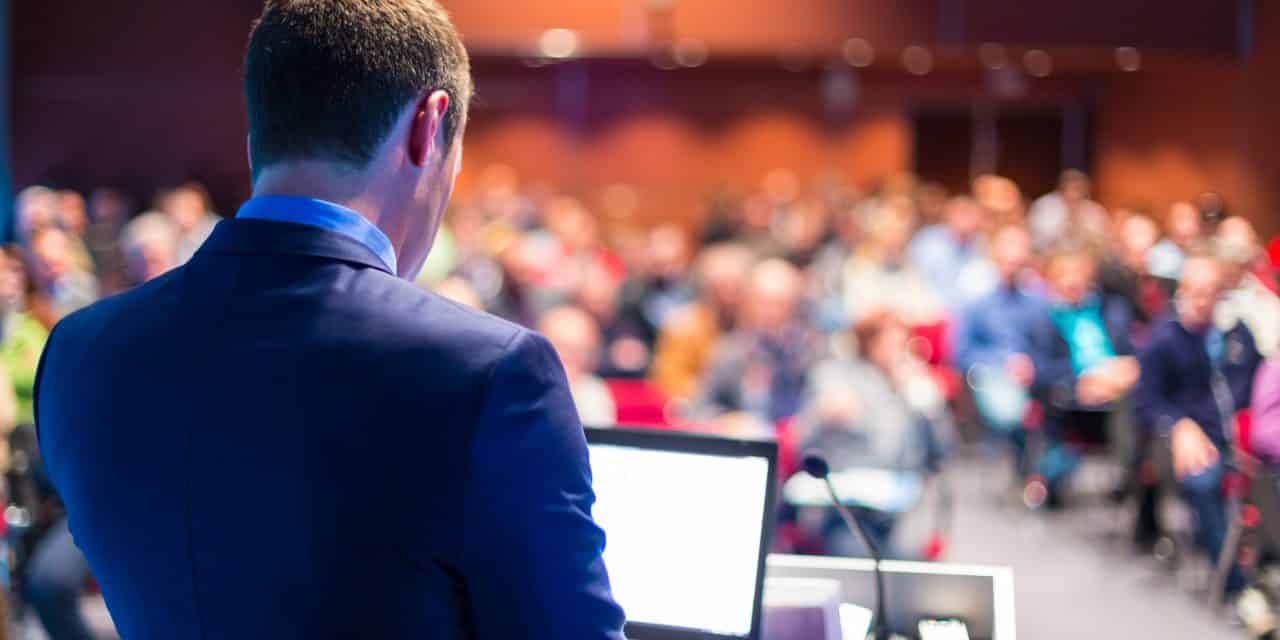 Cryptocurrency and blockchain technology are evolving with every passing day. There have been a number of developments happening in this sphere, and the pace of these advancements is picking up. In order to stay abreast with all the new developments happening in the world of blockchain technology, one needs to keep updated with all the major events and conferences.

These conferences and events are usually places where top innovators and the sharpest minds from the cryptocurrency industry come together and discuss their products or ideas that have the possibility of a major impact in the markets. Moreover, these events are an even bigger stage for collaborations to form – many project partnerships tend to develop over such events. Many a time Venture Capitalists (VCs) are also present at these events, scouting for technologies that they might want to invest in.

Moreover, staying up to date with all the information and knowing what is coming next can also help you with Bitcoin and Ethereum price prediction! Hence, it is critical for everyone actively involved in the world of blockchain and cryptocurrency technology to keep an eye out for these events and conferences. Let us take a closer look at some of the top blockchain and cryptocurrency conferences that are all set to take place during September 2018.

5 Cryptocurrency Conferences You Should Look Out for in September

Being held in the picturesque Ibiza in Spain, the Futurama Blockchain Investors Summit is all set to feature some of the biggest names in the world of cryptocurrencies, as well as feature debates and discussions on multiple topics of interest to the crypto-community. Here’s a look at the speakers who will be delivering speeches as well as be a part of various panel discussions and debates at the event:

The speakers that will be a part of the event are the likes of Roger Ver, a well-known Investor in the cryptocurrency markets, Brock Pierce of the Bitcoin Foundation, Javier Sim, the director of Bithumb Global, Jorge Sebastiao, the CTO of Huawei, Huan Chao, the ICO head of Cobinhood among many others.

Debates and discussions are expected to take place on several topics, but these three have been highlighted by the Futurama Blockchain Investors Summit website:

This seems like an exciting event with the who’s who of the crypto-world attending it. Add the beautiful seascape of Ibiza to these intellectual discussions – and you’ve got yourself a perfect blockchain and cryptocurrency event, one that you must definitely watch out for!

An important blockchain and Bitcoin related conference, especially when it comes to those operating out of, or investing in cryptocurrency and blockchain related businesses in Europe. The event is all set to be a promising one, with top government officials addressing various issues that the world of cryptocurrencies is currently dealing with. Discussions around the legal regulations of the blockchain sector and ICOs, token models, as well as implementations of the blockchain technology across various sectors are likely to take place at this event.

Speakers at the Blockchain and Bitcoin Conference in Sweden include the likes of Mathias Sundin, a Member of Parliament and a part of the Tax Committee and the Finance Committee, Frank Schuil, the founder of Rhino Ventures and CEO, Co-founder and Board Member of Safello. Tanja Bivic Plankar, the President of Blockchain Alliance Europe is also a speaker at this event. The opening speech (welcome address) would be delivered by Marco Torregrossa, Advisor to the Blue Whale Foundation, European Forum of Independent Professionals.

A number of panel discussions are scheduled for the event which deal with the application of blockchain technology across various sectors. There’s also a specific debate on the application of the blockchain technology in the energy sector. The last hour of the event is ‘networking time’ where various attendees would be able to interact with each other.

This is a special event and one that is apart from every other event on this list. A dedicated event for Litecoin investors, entrepreneurs, traders and developers to come together – the Litecoin Summit of 2018 is a celebration of everything that is ‘Litecoin’. The event will feature some of the biggest names in Litecoin development, as well as names from across the world of cryptocurrencies and blockchain technology.

The key speakers at the event include Charlie Lee, the creator of Litecoin, Xinxi Wang and Franklyn Richards, Litecoin Foundation Directors, Derek Capo, the CEO of Token Pay, Elizabeth Stark, the CEO and Co-Founder of Lightning Labs, Bill Barhydt, CEO and co-founder of ABRA. A number of other CEOs and CTOs are also listed to be present at the event for various keynote speeches. Interestingly, a number of popular YouTubers who talk about cryptocurrency have also been invited to the event. Among those present are the likes of Coindaddy, Cryptonauts, FUD TV and John [LTC] Kim. A total of 18 YouTubers have been invited. The event would be hosted by Australian actress and opera singer, Naomi Brockwell.

The keynote address will be delivered by Charlie Lee, the creator of Litecoin. In the afternoon of the first day, Elizabeth Stark would talk about the lightning network, which would be followed by a speech on the cryptocurrency payments industry by Eric Brown, the CEO of Aliant Payments. Later in the day, a roundtable discussion would take place between Charlie Lee, Xinxi Wang and Franklyn Richards.

The second day of the Litecoin Summit would feature a number of discussions and panel talks, including one featuring YouTubers, moderated by Coindaddy. Two panel discussions on the role of social media in awareness and adoption are scheduled for later in the evening. Apart from the aforementioned events about the first and the second day, there are dozens of other speeches and discussions that will take place during the event. This is a must-attend for those who are working in the field of Litecoin technology.

China is among the biggest names in the world when it comes to development as well as adoption of the blockchain technology. The country has been implementing large-scale blockchain-based projects, going as far as integrating smart-contract based solutions in their smart cities. The Blockchain Practitioners Conference, being held in Shanghai, gives a good opportunity for businesses to tap into this booming Chinese market and to connect with China-based entrepreneurs and developers.

Speakers and firms from over 20 countries have been invited to be a part of the event – giving it a truly international feel. Issues that will be discussed at the Blockchain Practitioners Conference range from the applications of blockchain technology, to the development of dApps, to AI, IoT, supply-chain management, IP protection, etc. The event also discusses using blockchain technology to digitalize traditional firms.

The following panel discussions have also been advertised on the website of Blockchain Practitioners Conference:

Blockchain Day is an expert when it comes to organizing blockchain-related events across various parts of the world. The latest name on the list is that of the Netherlands, which is all set to host the Blockchain Day Netherlands event in Amsterdam. The event will host a number of speeches as well as two panel discussions. It is a platform for developers, investors and blockchain enthusiasts to come together for meaningful discussions. This event is particularly a big one for those who are investing/developing in the blockchain sector in Europe.

Key speakers at the Blockchain Day Netherlands event include Tone Vays, a former-VP at JP Morgan Chase, Yanick Dols, President of JCI Zuid-Limburg, Douglas Azar, the Co-Founder and CEO of wealth initiative and Bruce Porter Jr., the CEO and Chairman of GlobalBoost.

Some of the ‘featured discussions’ on the Blockchain Day website are those of:

The two panel events that have been highlighted deal with:

The event also has a fireside chat and a networking afterparty scheduled for later in the day.

Events such as these are critical for those who want to make a mark in the world of blockchain and cryptocurrency technology. Developers and Investors cannot afford to not be in the mix and stay out of touch with what’s happening in the community. Talking of community, events such as these are a great place for community interaction and networking – several partnerships and collaborations tend to form over these events which can help traders understand the technology better and build a better cryptocurrency portfolio. 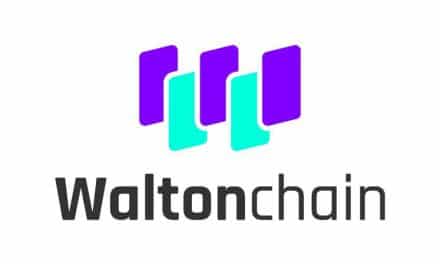 What Is Waltonchain (WTC)? Beginner’s Guide 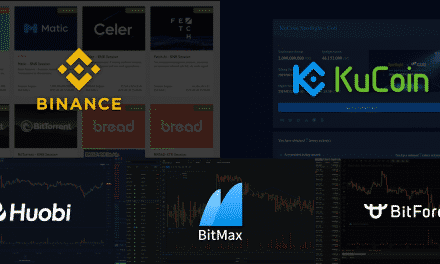 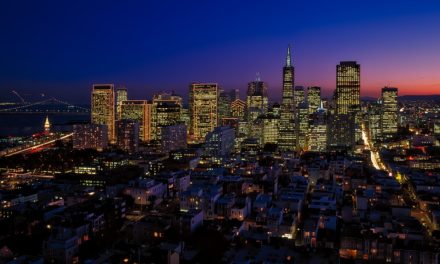