Andreas Antonopoulos took on the challenge of explaining Bitcoin so that his mother would understand. He did so at a recent question and answer session that was released on 19 July.

Antonopoulos, educator and speaker, wanted to be part of the solution by trying to explain in simple words what Bitcoin is. All in a language intended for “digital immigrants”.

His explanation came after a viewer asked him for a video to be directed “like for his mother”. So that it could be understood by all kinds of people. Antonopoulos began by explaining that Bitcoin and altcoins are a form of money recently invented and introduced on the Internet.

If Mom Knew More About The Banks, She’d Like Bitcoin More

Bitcoin (BTC) is making its way into a new round of headlines this week after prices rose nearly one-third in the last month to reach $8,000 on July 24, 2018.

According to recent surveys, although prices for most cryptocurrencies are significantly lower than they were six months ago, many potential consumers feel it is too late to buy or think it is too complicated to do so.

Antonopoulos, who has spent most of his time changing the status quo, has worked hard on that. In his e-mail analogy, he explained, as always, the advantage this is in many countries since people have limited access to traditional financial institutions.

But even in developed countries, traditional financial instruments such as credit cards, checks and paper money are not suitable for our digital lifestyle.

Continuing the discussion on the limited technological readiness of cryptocurrencies in terms of user interface and other aspects, Antonopoulos response was notable for its lack of “political” content.

Finally, he stressed that this was a technological leap forward:

“…Eventually, it’s going to be easy to use for everyone, and then we’ll have to try to explain to our children and our descendants what the hell we were thinking with these plastic cards and this linseed-and-cotton money that was covered in germs, and they will not understand what we’re talking about.”

This is a form of money that only exists in digital form and can be sent and received as an email.

Tell Your Grandma What Bitcoin 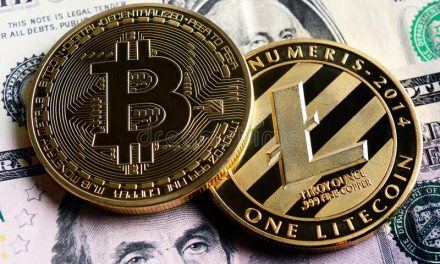